In my never-ending journey to become a wargaming master, I have been in the process of trying to decide against the age old wargaming question…what is better, quantity versus quality?

Warhammer Ancient Battles, and other games such as Clash of Empires, rely on a mechanism to avoid damage via an armor saving throw.  The better your saving throw, the better your chance to avoid losing models and thus minimizing the combat resolution your opponent will receive.   Over the years, I have seen many new(er) gamers attempt to build large armies of low to medium quality troops to avoid various negatives, such as 25% casualties from shooting and psychology reaction from fearsome troops.  In the end, give your troops the best armor you can.  If they can get light armor, get them light armor.  If your troops can upgrade from a regular shield to a large shield…do it.  This may mean you have less models on the table-top, but give your troops the best armor saving throw you can muster, in the long run you will be better served by the higher quality troops. 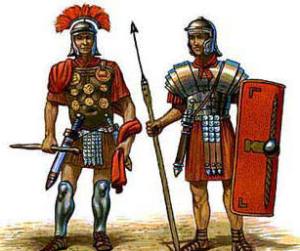 Well it is now time to let the cat out of the bag.  Dean Motoyama and I have decided to attend the 2013 WAB GT in good, Old England.  It is kind of like the nerds version of a pilgrimage to Mecca.  We will first go to the WAB GT on March 2 & 3rd of 2013 in Nottingham, England.  Plans are being finalized as we speak and armies are being painted.

Dean and I both look at this as a once in a lifetime opportunity and we are each lucky enough to have wives who want us to go.  In addition, all of the great guys in England have conspired to make sure that Dean and I see all the great nerd spots.  I can’t wait…and its still over 8 months away.

More to come, along with updates on the armies Dean and I are planning to take to the WAB GT!  You can check out more on the WAB GT here.